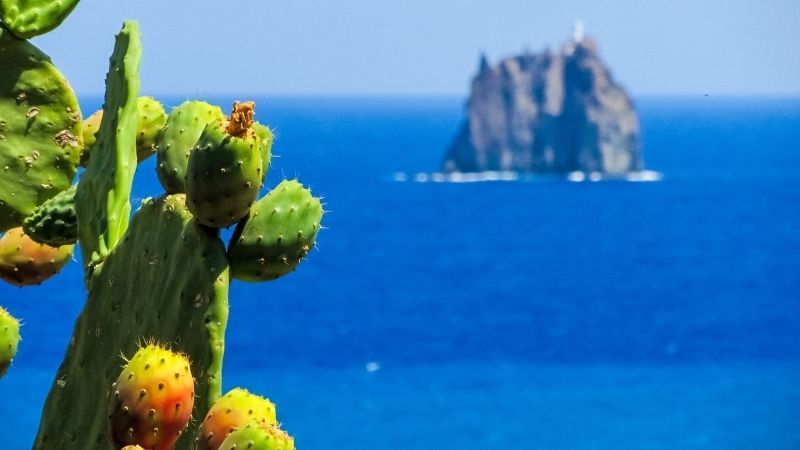 The Aeolian Islands represent one of these destinations whose name alone is sufficient to guarantee an unforgettable boat charter in Sicily and Italy. We strongly recommend your start your Aeolian yacht charter from Vulcano and Lipari, the biggest of the Archipelago, a town with a rich history; then continue your sailing charter hopping from one island to the next, tasting the special and exceptional features of each and every island. You’ll surely relax amidst the wild nature of Salina, discover yourselves acting as adventurers when you walk to defeat the crater of the Volcano, and have plenty of enjoyment in the nightlife of Panarea. For those who have forgotten nature and their spirit of life, the Aeolian Islands are the best sailing destination to recover it. These islands are stunning—but miniature islands, coves, and outcroppings are scattered in the sea and lands around them, and can only be explored aboard a sailing or motorboat. 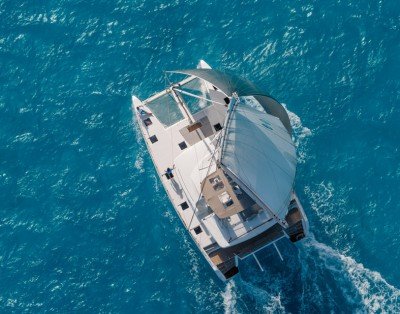 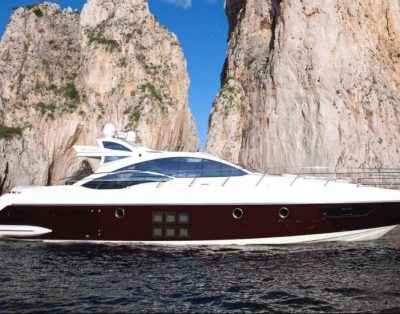 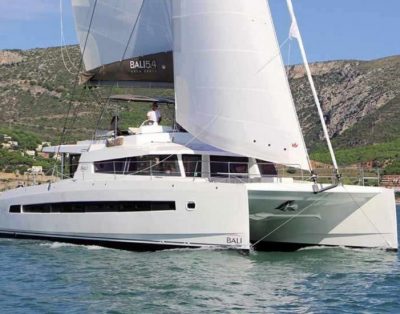 Crewed (Captain, Hostess and Chef) and Skippered Charters (just Skipper) are the ideal strategy to relax with friends and family.

The highest quality day Aeolian yacht charter and we are pleased to assisting you plan your time onboard.

Your form has been submitted

We faced problems while connecting to the server or receiving data from the server. Please wait for a few seconds and try again.

If the problem persists, then check your internet connectivity. If all other sites open fine, then please contact the administrator of this website with the following information.

Some error has occured.

We’ve got a complete collection of crewed and bareboat catamaran in the Aeolian Islands available for charters where you need them. A catamaran is a yacht that’s two hulls, parallel to each other. Most cottages are in the two hulls on such yachts and that leaves a lot of space for dining and loving life on board. Catamarans have grand wide decks that enable everyone to relax collectively on share and their charter of the time.
Picture the pampering of a luxurious vacation with 360-degree views, imagine having the ability to change that view every single day without unpacking. Yours to experience!
Whether you are assessing a sailing vacation aboard a catamaran with a difference or just a seasoned sailor, a cruising holiday onboard a catamaran, fully skippered and crewed if you want, is the ideal strategy to fully enjoy your time. Treat yourself to a classic destination holiday on a crewed catamaran Aeolian Islands yacht charter. Let your captain, depart from your worries behind and step aboard whisk you away to picturesque towns and bustling harbours along miles of lush, towering shoreline.

An Aeolian yacht charter aboard catamaran can offer a relaxing holiday, surrounded by the marvels of generally the most popular cruising grounds. Catamarans shine in the quantity of outdoor living space they offer to charter guests.

VIEW ALL THE CATAMARANS or
READ RELATED ARTICLES

The best in luxury mega motor Aeolian Islands yacht week. In the event you want to see as much of Aeolian Islands and also the Sicilian isles as possible in the least time and do it in high-end power is the ideal option for yacht charter in the West Mediterranean. For to please your adventurous nature and total freedom, chartering a luxury yacht enables you to make your own itinerary, taking you where you need, whenever you desire. You’ll discover that hiring a yacht lets you vacation at your own pace, exploring various destinations in one journey, without having to be concerned about transports, checking-in or truly your bag. Along with a great knowledge of freedom, you may enjoy fabulous food, outstanding service and luxurious atmosphere.

Crewed motor yachts provide a high level of private luxurious. Our Aeolian yacht charter specialists are perfectly placed to identify charter yachts which fit the desires of every single client that is exceptional and to aid you.

VIEW ALL THE MOTOR YACHTS or
READ RELATED ARTICLES

Would you love to sense also the rhythm of the ocean and a warm, light wind on your own face? Both luxury bareboat and crewed sailing yacht charters in Aeolian Islands provides this and more. You’re able to experience the tradition of studying by sail, which comes with exhilaration or all of the tranquility you desire. Sound like your sort of vacation?
Fully crewed Aeolian Islands boat charter are simply arranged by us and no sailing experience is needed on an Aeolian Islands sailing charter. All our charters include a professional crew to direct you through those amazing ocean winds. Handling guests to a lavish experience is crucial to any charter holiday. Utilising the wind to go to isle destinations and historic harbours is what the sailing yachts do finest.

An Aeolian Islands sailing charter in striking Sicily offers different and distinctive ventures, showing views and captivating ethnic experiences at every turn. From complex to raw, natural beauty, South Italy has everything.

VIEW ALL THE SAIL YACHTS or
READ RELATED ARTICLES

Stromboli Yacht Charter: A routine cone, more than 900 meters high, was called the “Lighthouse of the Mediterranean” in ancient times. It’s truly, the single volcano in the world with a routine and constant activity since at least 200 years past. Because the view of the eruption is spectacular the coming on the island at night time will excite you. The only anchorages and only populated hamlets are Ficogrande and Ginostra as well as really there are not any refuges in case of strong wind from any direction. The Stromboli yacht charter is a unique experience.

Panarea Yacht Charter: Panarea is exclusive, tiny, and pricey, but spectacular. It’s also the very best island for nightlife—the handful of pubs and nightclubs here are the principal hangout for the rich and amazing. Panarea – only northeast of Salina – is a polished gem of an island. It’s picture perfect, with white hamlets garlanded in glowing bougainvillaea, narrow lanes (there are no cars on the island, only golf carts and electrical bikes), and among the wager clubs in Italy.

Lipari Yacht Charter: The largest island, is the most popular with summer tourists. Its town— the substantial one in the Aeolians—has its charms, but it’s also filled with touristy eateries and souvenir stands. However, Lipari is the simplest spot to locate a resort or apartment on a budget, especially if you haven’t planned long ahead of time. The largest and most inhabited island of the archipelago. All the other isles, with the exclusion of Salina, depend administratively and politically on Lipari‘s district. The Archeological Museum, very interesting and of special value, comprises the whole history of this archipelago. The isle id provided with lots of anchorages and three ports, where you can find refuge from all winds. They are all located on the eastern side of the isle and endure of powerful backwash; the safe one is Porto Pignataro, while Porto di Sottomonastero is subjected to the eastern winds. During high season it is advisable to moor at the numerous pontoons of the beach of Marina Lunga.

Vulcano Yacht Charter: Only a canal, 800 meters wide, separates this island, Vulcano, from Lipari along with the distance from the northern coast of Sicily is only 12 mg. It’s formed by 4 volcanoes, the largest of which is the “Gran Cratere”, 386 meters high: its task is limited to the “fumarole” (emissions of sulphur gas).Its last eruption, which completely ruined the built-up area, dates back to 1888/1890. At the NE extremity of the island, Vulcanello grows from the sea: it’s only 120 meters high and is joined to the main vulcano by a stretch of sand. This connection forms the two bays east and west of the isle: Porto Levante with its typical black and fine volcanic sand and Porto Ponente well-known and popular due to its boiling waters ran by submarine sulphur springs. The shores are coloured, unusual and magnificent. The single port (Porto di Levante) is on the northern side and is shielded just from northern winds, while with east winds the anchorage at Porto di Ponente is more suitable.

Salina Yacht Charter: Salina, the second-biggest island, is also the greenest and perhaps the most amazing: It boasts olive and grape wineries and a natural preserve. Where Il Postino was filmed, this really is, yet astonishingly, the isle’s fame hasn’t left it as much of a tourist destination as Panarea or Lipari. Beautiful island, called Didyme in ancient times, meaning “double”. Its modern name derives from the old salt mine of Punta Lingua. The low and narrow plain of the East coast and the saddle are cultivated regions and the inhabited. Capers and Malvasia grapes (the Malvasia wine is superb) are the local products and are celebrated during the gastronimic fete on the past weekend of june.

Alicudi Yacht Charter: It’s situated at the northern extremity of the archipelago and was called “Ericusa” because of the great amount of heather growing on its land. The volcanic source and also the hemispheric shape along together with the conformation of the earth are the reasons for the scarse population of the isle concentrated on the eastern side. Alicudi is accessible just with good weather and offers no safe anchorage.

Filicudi Yacht Charter: A marvellous island, with many grottoes, the most famed of which is called “Bue Marino”, celebrated home of monstrous creatures. The island is formed by three inactive volcanoes and was called “Phoenicodes” for the presence of a lot of ferns. The W and SW shores are fringed with many surfacing rocks and shoals. The steep coasts, unaccessible and mainly desert, do not offer safe refuge. The key hamlet (Filicudi Porto) is extremely small, situated on the east shore and its little harbour is actually protected merely from SW winds. From the NW shore you’ll take pleasure in the view of a dramatic volcanic obelisk, 71 meters high, La Canna, surrounded by low depth and shoals, ideal for scuba diving.

Crewed (Skipper, Hostess and Chef) and Skippered Charters (just Captain) are the ideal strategy to relax with friends and family.

The highest quality day yacht charter Aeolian Islands and we are pleased to assisting you plan your time onboard.