Amalfi Coast in September, here’s what to see 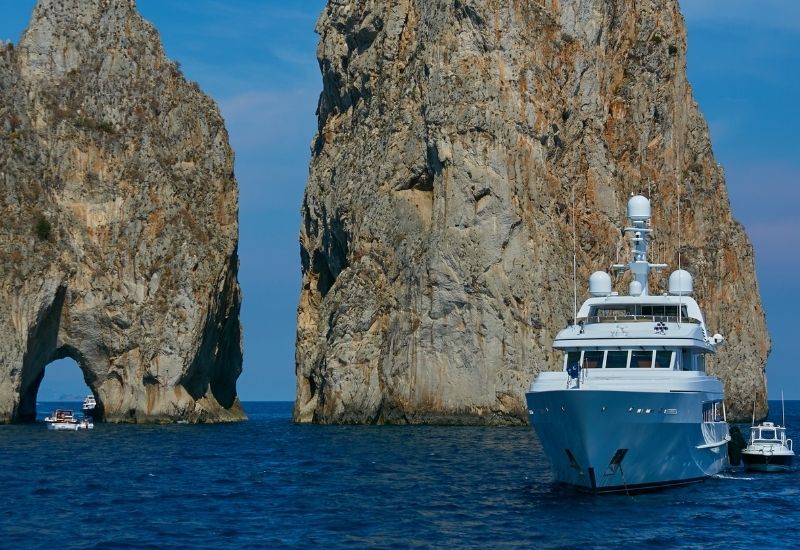 Amalfi Coast,here’s what to see during a yacht cruise in September. Enchanting and extraordinary Mediterranean coast overlooking the Tyrrhenian Sea, nestled between the Gulf of Naples and   Salerno,suspended between heaven and earth: a tourist destination   since the times of the ancient Romans thanks to its favorable position. Considered by UNESCO   as a World Heritage Site in   1997.

The houses overlook the sea and hidden in the maze of narrow streets. It is a land of lemons and orange blossoms, the flower of citrus fruits, which perfume the air together with the saltiness of the wonderful beaches, the deep sea and the wild Mediterranean scrub.
If you want to venture with a boat, even better if with a catamaran or a yacht, we suggest as a starting point the port of Amalfi or Positano: from here you can reach the coves of the Coast where you can also experience the thrill of having a beach all to yourself, even more so in September, a month with a calm and mild air.

It is a seaside village called the “city of sailors” with its white houses, a small port the characteristic beach of Marina bay.

In the early hours of the morning, on board a boat or catamaran, in the less frequented periods of the year, such as September and October, you can reach the Emerald Grotto: an inlet of the coast where inside there are stalactites, stalagmites also with bizarre shapes and the water takes on shades of color ranging from cobalt blue to emerald green: this wonder originates from the sun’s rays that illuminate the sea water penetrating from a slit 4 meters deep.

On the seabed you can admire a white ceramic nativity scene of Vietri deposited by divers who carry out a suggestive procession at Christmas. 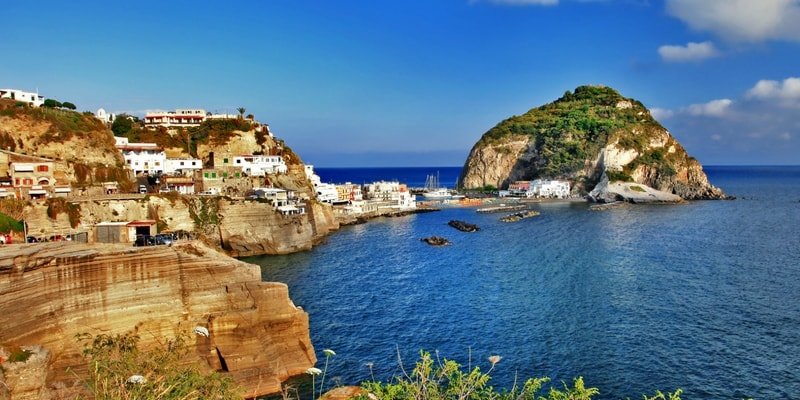 Furore and its Fjord

Furore looks like a natural stronghold at the time of the Saracen raids. Today it is an enchanted village, suggestive with paintings on the houses with a few hundred inhabitants who live in the houses on the beach and in the white ones clinging to the mountains. It is a place to discover, ideal are the months of September and October, less crowded and with a pleasant climate.

Characterized by a smooth split by the   Schiato stream that descends from the Lattari Mountains where the slopes divided and crossed by the fjord   join thanks to a   28 m high bridge. The charm of this stretch of coast is irresistible, spectacular the view of its fjord wedged between vines and cliffs.

The glance from the sea on the tiny houses make the scenery unique in its kind. 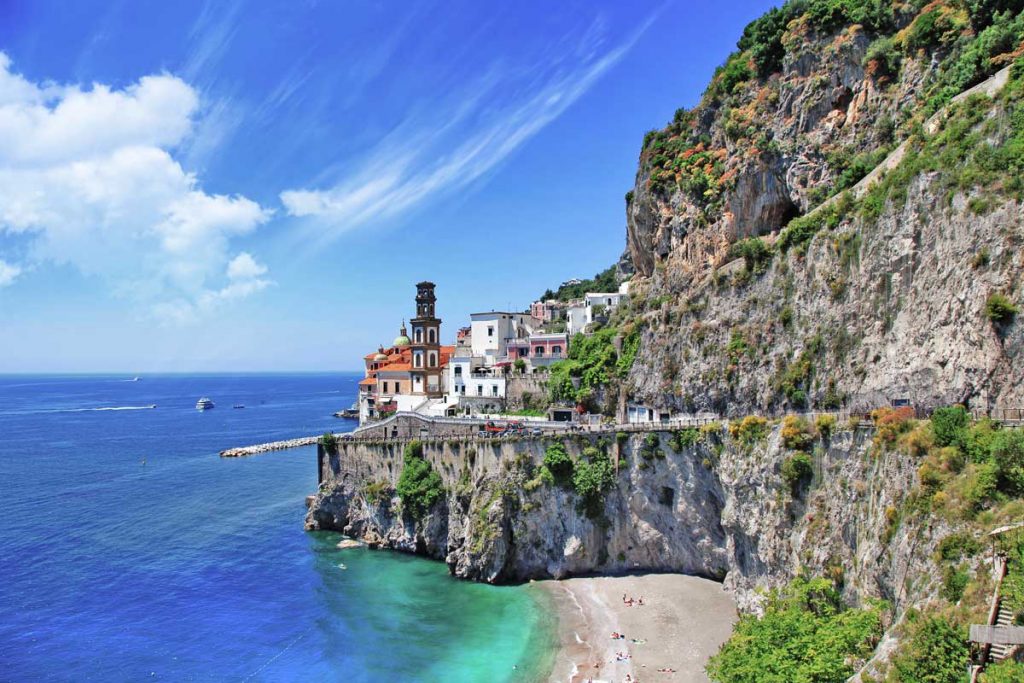 It is among the smallest municipalities of the Amalfi Coast and thanks to its position is considered the strategic point for those who want to visit the whole
Amalfi Coast,
with mild september temperatures. It is the only town on the   Coast to preserve the characteristics of a fishing village: the view from the sea with a sailboat is magnificent. The   short distance from Amalfi gives the opportunity to visit with the catamaran or a yacht the village that gave its name to this beautiful coast.

A magical town, Ravello,located on a steep cliff of 315   m. It has been called “City of Music” and that has extraordinary gardens in the Villas Cimbrone and Rufolo. At the foot of Ravello there is a small cove enclosed between two rocky walls, of sand mixed with gravel that can be reached in the open air, by sea, by sailboat or by catamaran and moor in one of the many landing points. It is a small jewel that you can appreciate even more in September,in tranquility: it is the beach of the homonymous hamlet of Castiglione where you will have the opportunity to take a dip in the emerald green water, crystal clear and admire an extraordinary panorama.

Sicily Boat Rentals offers the opportunity to experience a cruise on the Amalfi Coast in the months of September and October, in complete safety, on board certified boats: motor yachts, sailboats, catamarans and gulets. Book now or call the number  +39 334 36 00 997 to ask for a personalized offer. 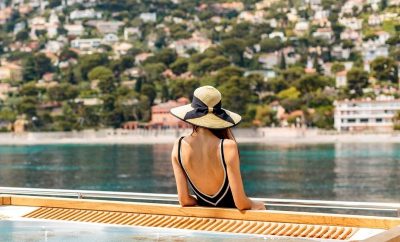 Holidays in the Pontine Isla...
In the heart of the Tyrrhenian Sea, a few tens of kilometers from the Lazio coast stands the archipelago of the Pontine Islands, known precisely ...
Aug 17, 2021 , 0