Rent a Boat in Siracusa 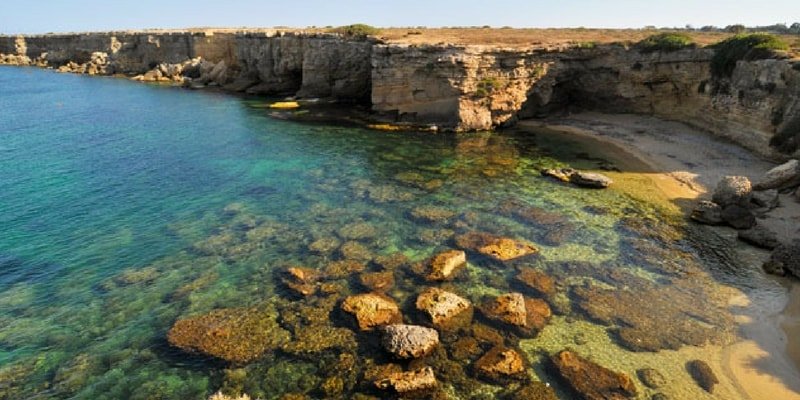 Syracuse is probably the most elegant of Sicilian port towns. Its medieval lanes leading into a clear blue ocean have successfully retained the essence of a timeless Sicilian beauty. The Corinthian colonists had settled in the inland, Ortygia, in 734 BC, founding the mainland four years later. Our Syracuse boat rentals let you make a languid voyage around this island of rich historic pedigree. Cruising along its coasts will take you some thousand years back, to the time when Plato was mesmerised by the infinite horizon and marvelled at fiery hued sunsets. Rent a boat in Siracusa to explore this World Heritage Site as listed by UNESCO!

Crewed (Captain, Hostess and Chef) and Skippered Charters (just Skipper) are the ideal strategy to relax with friends and family.

The highest quality day Aeolian yacht charter and we are pleased to assisting you plan your time onboard.

Your form has been submitted

We faced problems while connecting to the server or receiving data from the server. Please wait for a few seconds and try again.

If the problem persists, then check your internet connectivity. If all other sites open fine, then please contact the administrator of this website with the following information.

Some error has occured.

The span of sea water between the Syracuse mainland and Ortigia is not very deep and has a rocky bed, making catamarans the ideal choice. We recommend you taking our fully crewed catamarans to enjoy the royal spirit of this ancient East Sicilian island. All the crew members are trained for hospitality services and tourist satisfaction is the prior motive of their services. Enjoy a classic ambience as the chef serves you authentic Syracusan delicacies and the skipper pilots through every discreet turn of narrow waterways! Do not want that kind of company? No worries; we offer bareboat catamarans as well! Relish the bliss of solitude as you sail by a coastline that was built some thousand years ago!

Be it crewed or bareboat catamaran, we promise to provide you with ultimate luxury. It will be like dwelling in an ancient Greek milieu with an array of modern amenities and facilities on board. Hire the luxury vessels in Syracusa to enjoy the best of both worlds!

VIEW ALL THE CATAMARANS or
READ RELATED ARTICLES

Our crewed motor yachts in Siracusa have extravagant amenities on board. If you want the luxury of an A-rated hotel, freedom to explore, personal privacy and constantly be on the move, we highly recommend you to hire our crewed motor yachts. Due to their high speed, motor yachts are ideal for sailing around its coast, getting a panoramic view of the ancient castles against the blue oceanic backdrop. Our cabins and lounges boast of exquisite furnishing and cutting edge upholstery that come together to provide you with optimum comfort. Moreover, the motor yachts have been designed, keeping in mind, a fruitful collaboration of performance and luxury! Book now our luxury motor boats in Syracuse and take advantage of our early booking and prolonged rental discounts!

Hire our motored luxury vessels in Syracuse to discover this ancient Greek settlement through a new lens. Explore every corner of its coastline throughout your vacation, with the changing colours of the sky as your backdrop!

VIEW ALL THE MOTOR YACHTS or
READ RELATED ARTICLES

Sailboat charter in Siracusa, Sicily: sailboats are traditional boats with a strong hull and mast to steer the vessel through wind currents. However, our sail yachts have been designed and built to combine the old school sailor charm with the modern day cruising luxuries. The cabins house sheer glass windows that open a 360° view to the Mediterranean Sea meeting the clear tropical sky. Moreover, our sailboat decks are perfectly equipped with entertainment systems and luxury lounges for you to relish the elusive charisma of the Mediterranean breeze. You can either opt for a skippered sailboat that would have an experienced captain on board to manage the hull. Otherwise, or complete solitude on board, opt for bareboat sailboat in Syracuse to set sail on a languid solitary voyage!

You will have diverse options for both bareboat and skippered sailboats. Depending upon your tour itinerary and needs on board, our team will help you choose the most suitable 360° the vacation. Rent these luxury vessels in Syracuse to enjoy the Mediterranean like never before!

VIEW ALL THE SAIL YACHTS or
READ RELATED ARTICLES

Rent a boat in Punta Castelluccio: To the south of the ports of Syracuse, lies a marvellous stretch of rocky beach at Punta Castelluccio. It is ideal for taking a good swim in the clear blue Mediterranean waters! You might have to anchor the vessel a little far away from the beach as the water is shallow at this point. In summer months, the beaches brim with tourists and local people, eager to get a view of the Mediterranean waterfront and feel the cool water splashing all over the body. There are road ways too to communicate between the Siracusa port and Punta Castelluccio, but taking a short cut through the Gulf of Syracuse seems like a wiser choice!

Rent boat in Ortygia: The best way to find the island of Ortigia is merely to wander. Architectural styles vary widely, encompassing Greek and Roman remains, Mediaeval Norman buildings and a wonderful deal of (relatively) understated Baroque. Bars, trattorias and restaurants abound and it’s nice to sit out on the western side in the late afternoon, warmed by the sun and with a view over the lagoon. By going on, you will be taken first to the remains of the Temple of Apollo, which, being built in the 7th Century BC was allegedly the Doric temple of its kind in Sicily. Continuing Corso Matteotti that is up will bring you to Piazza Archimede, named after the city’s most famous son. From here it’s a short stroll to the actual centre of Ortygia. This pedestrian square is built on the site of an ancient Temple of Athena as can clearly be seen from the original columns that were incorporated into the building’s main structure. Also on this square is the beautifully manicured Baroque Palazzo Beneventano and the church of Santa Lucia, the patron saint of the town. You will be taken by turning left at the entrance immediately to the colourful morning street market, which sells a fantastic array of vegetables, fruit, fish and meat. Here you can find cured meats and cheeses, hams of the quality, many of which those produced in Sicily, you will find. There’s also an excellent range of wines, condiments, sun-dried tomatoes and other Sicilian delicacies produced by the shop’s owners in their “laboratory”. You fill find a maze of streets that eventually open a true bastion in the extreme of the island and the inaccessible Castello Maniace, out from here wandering around the limits of Siracusa. Other areas of interest on Ortygia comprise the Byzantine Miqwe (Jewish bathrooms) under the Hotel alla Giudecca.

Punta della Mola Yacht Charters: A ferocious fighting spot during the Second World War, Punta Della Mola has now been healed by the soothing peace of nature and offers one of the most picturesque beaches in the province of Syracuse. The water temperature here fluctuates between a maximum of 19 and minimum of 17 degrees. As you relax on the deck, you are likely to witness unique species of birds on the cliff coats. Moreover the view of the rocky coastline from the cruise deck is a sight to marvel at! Our Syracusa boat rentals have small and compact sailboats and motorboats to steer across the shallow water bed with optimum ease.

Visit Castello Maniace during your charter in Siracusa: Built in 1200s by Friedrick-II, the holy Roman Empreror, it still stands by the water as a fortress guarding the province from intruders. The white sand castle placed against the azure blue waters is a view that you had probably read about in fairy tales. Anchor your boat to take a brief stroll through the ruined interiors.

Yacht Charter in Marzamemi: Marzamemi is well worth visiting at any given time of year, but it comes into its own. In July it frequently hosts an International Film Festival during which films are projected directly on the walls of the buildings surrounding the piazza. As tourists and visitors mingle sipping on sundowners and cooling down after a day’s sunbathing and swimming at the local beach of Porto Palo di Capo Passero this nocturnal al fresco atmosphere continues all. Then it’s off to one of those seafront fish restaurants, such as La Cialoma.

Exclusive access to the biggest assortment of high-end motor yacht charters and destinations in Siracusa.

Crewed (Skipper, Hostess and Chef) and Skippered Charters (just Captain) are the ideal strategy to relax with friends and family.

The highest quality day boat charter in Siracusa and we are pleased to assisting you plan your time onboard.